Mark was the golf campion (for a number of years) at his private golf club in Westchester county, NY. Due to his painful knees and shoulder, he has not played golf for a few years. In fact, he has had trouble with his knees and his shoulder for over 5 years due to arthritis. He tried everything to relieve his pain including wearing a brace and multiple steroid and other injections, with no success. Despite being told that he needed bilateral knee replacements by several physicians, he decided on Stem Cell Treatment instead. He decided to get stem cell therapy for both his knees and his shoulder all at once. He slowly got better and now, 6 months post-procedure, he doesn’t feel any pain. He feels like he is 30 years old again and plays golf again! He is very happy he sought out Stem Cell Therapy and wholeheartedly recommends it to anyone who wants to return to a pain free life.

Stop Suffering! Find out of you’re eligible for our treatments.

Is Stem Cell Therapy
Right For You?

Although Stem Cell Therapy is considered by some people to be experimental, various research studies show that regenerative stem cell therapy and platelet rich plasma injections can provide excellent relief from joint and musculoskeletal pain and ongoing inflammation. 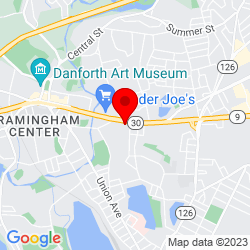 This information is for educational purposes only and is NOT intended to replace the care or advice given by your physician. Always seek the advice of your physician or other qualified health provider before starting any new treatment or with any questions you may have regarding a medical condition. For more information see our Medical Disclaimer.